Me doing Logical Progression V13 FA. photo Duncan Brown
I have not written for a while but I have been climbing lots. I have been to Nowra for a few days and I climbed some routes that I have always wanted to climb but never got around to doing. They include Still Life With A Chalk Bag (2nd pitch) grade 25/26, Beef Miester grade 32 and a flash of Vehicle Of Hate grade 28. I have also been Bouldering in Bungonia Gorge with a good crew of guys and managed to do a new problem called Steak and chips basically a one move V11. I have been bouldering in Sydney as well and managed to get up a few new lines. On the weekend I went to Crumbly and I managed to do th FA of the extension to Abacus. The extension adds five more moves and ends high up on a jug I called the new boulder Logical Progression and graded it V13/8B. After a quick rest I did the FA of another new line. The other new line does another Existing problem Called Flegm but finishes at the same point as Logical Progression I also graded it V13/8B and called it Progressive Aggression. My mate Ren got both the new boulders on Video so ill try and get them up here soon.
Posted by Chris Webb Parsons at 1:41 AM

Hey Chris, is the name any reference to Dai Koyamada's famous 9a sport route Logical Progression?

There's getting to be quite a few chris-crossed lines there now so it'd be nice to update one of the online topos of Crumbly ;)

Booyakasha my brother, was some awesome sendage indeed. Will have to post pics and footage of the awesome dancing from later that evening too ;) hahaha

Lee - pretty sure its not the case, its just a reference to the fact that the other probs finished on a hold in the middle of the wall where as these new ones progress on to finish on a logical finish jug a few moves higher ;) 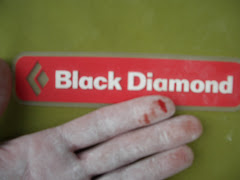 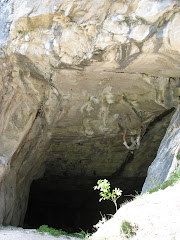 The Wall God Made For Climbing 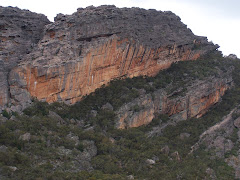